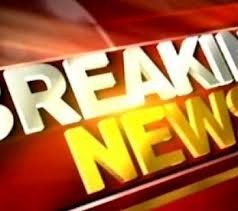 HELENA—So far, the 2013 Legislature appears to be no more receptive to medical marijuana than the 2011 session was.

McCarthy’s bills were intended to fix the 2011 medical marijuana law, Senate Bill 423, which has been challenged in court. He tried to remove those provisions in the law that District Judge James Reynolds of Helena has twice blocked with preliminary injunctions, most recently in January.

“We were hoping to make SB423, as enjoined, permanent so the legal gymnastics could stop and all parties could get on with their lives,” McCarthy said afterward.

By his own description, McCarthy is one of the least likely lawmakers to sponsor these bills.  Now a banker, he served in U.S. military intelligence for 23 years and participated in some interdictions to intercept illegal drugs being smuggled.

Members of the Montana Cannabis Information Association met with McCarthy during his campaign and explained the challenges they faces.

“I made a commitment to help them if and when I got elected,” McCarthy said.

“I understand that I’ve burned a bit of political capital on this one, but everyone deserves representation,” he said. “When I didn’t see too many other legislators wanting to take up the challenge, I leaned into the strike zone and took one for the team.  I didn’t think we’d win, but I didn’t let that stop me from giving my best shot.”

Howard, a retired FBI agent and chief of law enforcement for the Bureau of Land Management, told the committee how he spearheaded an effort in the 1980s to chop down thousands of illegal pot plants.  It took near the King Range National Conservation Area in northern California, near Garberville, which the BBC has dubbed America’s “marijuana heartland.”

Howard denounced marijuana as “a poison” and “a joke” on Friday after blasting it as “a scourge” two years ago.

If any medical marijuana bill passes the 2013 Legislature, it likely will have to clear Howard’s committee.  That isn’t likely.

Over in the Senate, Sen. Dave Wanzenried, D-Missoula, has a pair of medical marijuana bills that will be heard this week in the Senate Judiciary Committee.

One would prevent the state Board of Pharmacy from delaying the rescheduling of marijuana if Congress or a federal agency changes how it’s scheduled under the Controlled Substances Act.

His other bill would add post traumatic stress disorder, or PTSD, to the list of medical conditions for which a physician could recommend medical marijuana to patients.

Wanzenried, in his final session of a long legislative career, doesn’t think lawmakers should shy away from controversial issues.

He has another pending bill he intends to introduce this week that will incorporate provisions of McCarthy’s four measures.

“Responsible democracy for me is speaking out about it and having a vigorous debate about things that some people would just as soon not talk about,” he said.

or by email at chuck.johnson@lee.net.