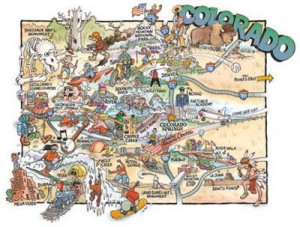 The Amendment 64 Implementation Task Force voted to allow people from outside of Colorado to shop in forthcoming retail marijuana stores, though the amount they could purchase at any one store would be limited.

The goal is to prevent “smurfing,” which would occur when one person goes from store-to-store accumulating marijuana to then sell into the black market. The thinking is that lowering the amount of marijuana an out-of-stater could buy in any one store would make smurfing too time-consuming to be worthwhile.

The task force also approved recommendations that recreational marijuana stores only be owned by Colorado residents. People would have to live in the state for two years to be considered residents.

Amendment 64 legalized limited possession and retail sales of marijuana for people 21 and older. The task force has until the end of the month to recommend rules for how that should work. Legislators will then cobble together laws for the new recreational marijuana regime.

The first recreational marijuana stores are expected to open at the beginning of next year.